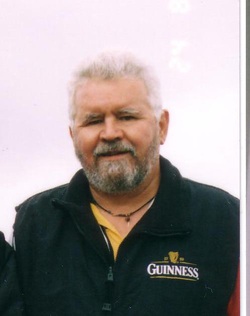 I was born in England. Accrington Lancashire to be precise. We came to Canada in 1957 and lived in southern Ontario and Montreal until I joined the Navy in 1969. I moved to Esquimalt on Vancouver Island in 1969 and have never left the island except for 4 year stint in Prince Rupert.

I remained in the regular force Navy for10 years and it was during that time that I began designing small boats for my own amusement. It became an obsession, in fact I took this obsession so far as to enrol with the Westlawn School of Yacht Design. It was when I realized that they were interested in making designers of  production boats that I came to the understanding that this was not for me. By then I'd learned a lot and the noodling continued somewhat more informed.

I have a significant library of boatbuilding books acquired over many years and over many complaints about the cost thereof and I've built several boats, some more successful than others.

I've been a subscriber to Woodenboat almost from the first edition, my collection starts with issue 10 in May of 1976. But it was when I stumbled upon Duckworks that the old obsession returned and dreaming started to become reality.

Phil Bolger has always been something of a hero to me, I have four of his books, (I just found out what they're worth, I may have to invest in a safe) and many of my designs over the years owe a lot to his vision. In particular I liked the series of square boats he, it seemed to me, designed with the backyard builder in mind. So that conception informed my more recent attempts and most of the old ones as well.

Through Duckworks  I discovered Jim Michalak, not so square, the boats that is, and also designing for the backyard builder. In two nights I read everything he had written and published on the web and then I bought his book. (I told you it was an obsession).

So I started afresh and Kuai Le is the result, all else flows from that.

There are some older designs featured here and I may from time to time resurrect some of them. One of my favourites is a small boat I designed for a Woodenboat design contest and used as one of my assignments for Westlawn