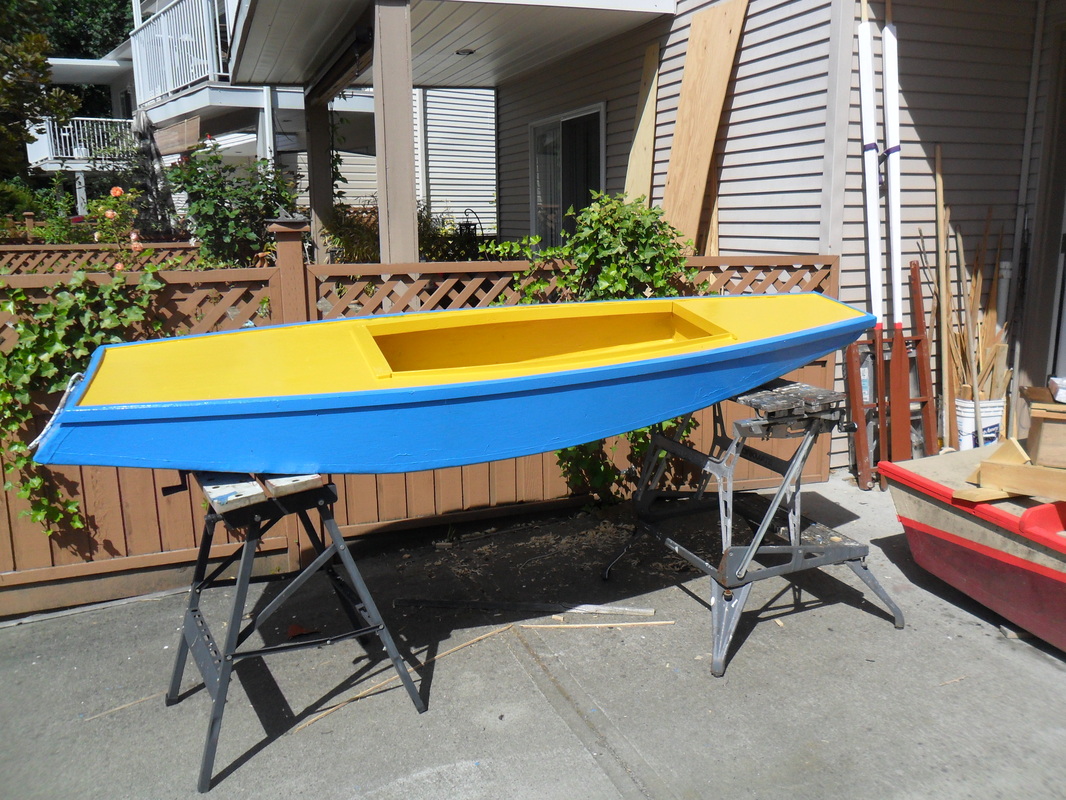 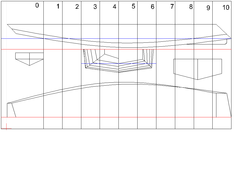 This boat was designed for my grandson to replace the one I had given him before and which got stolen. I was considering a Mouse boat but wanted something beamier. So this is my take on the Mouse.

A vole, according to Wikipedia, is a small rodent resembling a mouse but with a stouter body, a shorter, hairy tail, a slightly rounder head So the little boat would be a vole. Here are the lines,

She will carry 130 lbs at the designed waterline, a further inch of draft increases the displacement to just short of 200lbs.

She is designed for stitch and glue, two sheets of 1/4 ply and some 1x4 for frames, epoxy or polyester resin and 60' of 2inch fiberglass tape. She can be done in standard frame and chine but the angles for the transom framing might be difficult for a first time builder. A frame where the bottom meets the bow transom and one where the deck meets the stern transom would work and then stitch and glue the transoms on.